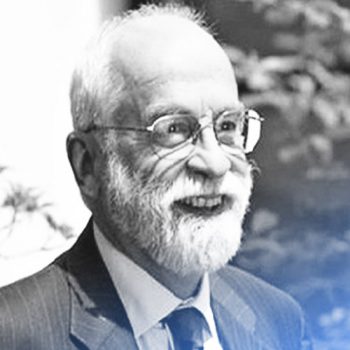 Prof. Dr.-Ing. Janos Bogardi obtained his civil engineering degree at the Technical University of Budapest in 1969. He holds a post graduate Diploma in Hydrology from the University of Padua, Italy, and a PhD in Civil Engineering from the University of Karlsruhe. He worked as a consultant in Africa and was seconded by GTZ to the Asian Institute of Technology (AIT) in Bangkok as associate professor. He was Professor for Hydraulics, Hydrology and Water Resource Management at the Agricultural University of Wageningen, the Netherlands. Then worked with UNESCO in Paris as Chief of the Section on Sustainable Water Resources Management. He was Founding Director of the United Nations University – Institute for Environment and Human Security (UNU-EHS) in Bonn and was Vice-Rector a.i. of UNU in Europe until 2009. From 2009-2012 he was Executive Officer of the Global Water System Project (GWSP). Since 2004 he is professor for water resources at the Agricultural Faculty and Senior Fellow of the Center for Development Research of the University of Bonn. Prof. Bogardi has authored or co-authored more than 200 publications. In June 2008, he received the International Cannes Water Prize „Grand Prix des Lumières de l‘Eau de Cannes“. He holds three doctor honoris causa degrees.

Keynote on "Transboundary water governance and benefit sharing: a trust based imperative"

Most of the planetary resources are managed within the context of sovereignty. However, this principle does not fit to water. As a renewable and “mobile” resource water disregards national borders. Both surface and underground water bodies (rivers, lakes, aquifers) and the respective basins extend across borders. Their sheer number (over 280 large transboundary rivers and their shared basins and over 590 identified transboundary aquifers), affected countries (151) as well as the size of population (2.8 billion people) in transboundary basins indicates that the issue of transboundary water governance and management is a global problem. More than 50% of the continental runoff propagates through transboundary water courses. Thus the terrestrial part of the hydrological cycle links different nations, people with their diverging aspirations together. Hence cooperation is an obligation. Transboundary water governance is supported by international conventions and water law, frequently facilitated by basin organizations but ultimately the success of collaboration and the achievement of win-win solutions depend on trust. Sharing the resource or/and the benefits is one crucial question. Sharing costs and safeguarding the environment are additional dimensions to be considered also in the transboundary context.

As far as integrated water resources management and basin scale approaches are concerned the transboundary nature of the problem necessitates further development of these principles and methods. Some cases will be shown where the trust building for water management is enhanced by political cooperation and vice versa. While agreement between the respective national water resources management services may be easier to be reached (due to common professional background) political suspicion may jeopardize collaboration. Trust building is not only the key to open the way towards collaborative actions but it is also a long lasting learning process.