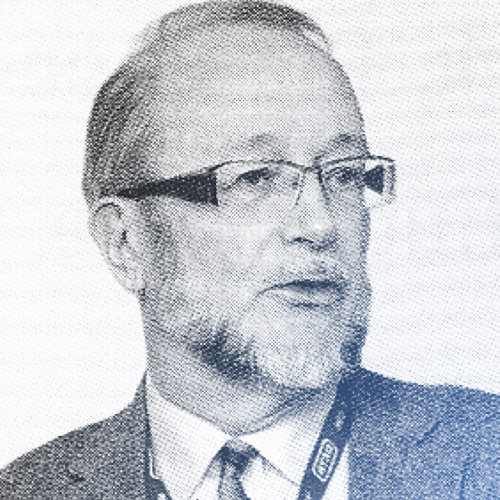 Dr. Stephen Foster has exceptional experience of groundwater assessment, management and protection in a wide variety of contexts and applications worldwide. His senior posts have included :

He was voted International Association of Hydrogeologists Vice-President (2000-04) and President (2004-08). Academically he has a D.Sc.(London), was appointed University of London-Visiting Professor in 1992, named a Spanish Real Academia de Ciencias-Foreign Member in 1993, and has received numerous professional awards including the prestigious IWEM/GSL Whitaker Medal (1975), IAH Presidents Award (2004) and GSL William Smith Medal (2006) .

‘Water security’ is an all-embracing concept, which takes on sharper meaning when used in relation to a specific city and to a specific function such as its water-supply, when it can be objectively assessed on the basis of accessibility, affordability, sustainability and acceptability quality-wise for all urban dwellers.

A regional scoping study has analysed data on groundwater use in some 15 cities of Tropical Africa – dividing them into those where the water-utility is (a) heavily dependent upon groundwater (eg: Abidjan, Lusaka, Mombasa & Dodoma), (b) does not operate waterwells but poor water-supply service levels making users heavily dependent on private groundwater sources (eg: Nairobi, Dar-es-Salaam & Kumasi) and (c) practising a degree of conjunctive use (eg: Addis Ababa, Dakar & Benin City). The presence of high-yielding aquifers makes urban utility water-supply expansion easier, since it enables phased investment, requires lower capital cost (avoiding advanced treatment) and provides greater water security in drought and from pollution. Water utilities that have developed groundwater rationally are able to offer better service continuity at lower operating cost, benefiting all users including poorer households.

Urban dwellers obtain water from multiple sources, according to availability, cost and season. Among the affluent private boreholes are increasingly used to improve water security and reduce water cost, if the utility mains service is unreliable and/or expensive. The effect can be either negative (reducing financial income of utilities and thus their ability to fund infrastructure and cross-subsidise tariffs) or positive (easing demand and enabling great mains coverage from existing capital investment). While (in the absence of INGO finance) the drilling of water-supply boreholes is beyond the financial reach of the urban poor, in peri-urban areas with no other service there has been major growth in low-cost dugwells (often with poor sanitary protection).

The way forward must be to integrate effectively utility and private investments in urban water-supply expansion, and piped and non-piped solutions to water-supply provision. This should involve the establishment of low-income (‘pro-poor’) policy and technical units in water utilities tasked with pursuing appropriate alternative routes to water-supply provision such as (a) efficient construction, operation and maintenance of community boreholes and (b) providing registration and advisory services for private borehole and dugwell use (including quality hazards) and charging for private abstraction where effluent discharge to sewers is involved.  However, to make best use of all such opportunities will require more water-resource awareness in water utilities, and closer partnership with groundwater resource regulator and knowledge centres.