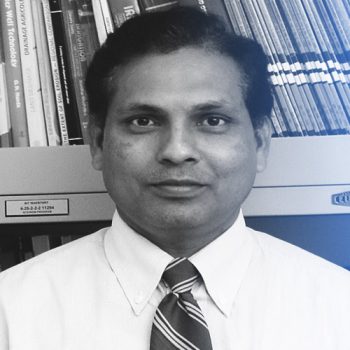 Professor and Water Expert at the Asian Institute of Technology (AIT)

Mukand Babel is a Professor of Water Engineering and Management and Chair of Climate Change Asia initiative at AIT, Thailand. Concurrently, he is the Chair of Academic Senate of AIT. In 2015, he was elected as one of Directors of the Executive Board of International Water Resources Association (IWRA) for three years (2016-18). In 2016, he was appointed as a member of recently established Asian Water Council (AWC) representing AIT. He currently conducts interdisciplinary research relating hydrology and water resources with socioeconomic and environmental aspects of water to address diverse water problems and issues including climate change impact and adaptation in water sector.

The current times have seen some of the largest refugee flows since the Second World War. Water crises are highlighted by the World Economic Forum as the most important concern for the coming decade. Hence, the importance of trying to understand the linkages between water and migration is widely accepted. People migrate due to economic, social, political and environmental reasons. The focus of this paper, however, is on the environmental aspects of migration caused by sudden or long-term changes to the local environment. These changes include increased droughts, floods, desertification, sea level rise, and disruption of seasonal weather patterns, among others. The paper looks at environmental migration and its interplay with water security arguing that while water insecurity can cause environmental migration, the vice versa is also very valid. The paper is divided into three sections. Section 1 elaborates on the types of migration because of environmental push and pull factors; migration processes resulting from environmental degradation; the concept of ‘environmental refugees’; characteristics of migrants especially in urban settlements; and impacts of migration on the ecosystem. Section 2 discusses the current and future trends of water security with respect to environmental drivers and its potential implications on livelihoods; water footprints of migrants; the concept of ‘water suitcase’. Section 3 discusses the current and emerging research and policy needs to address the nexus between water insecurity and migration.