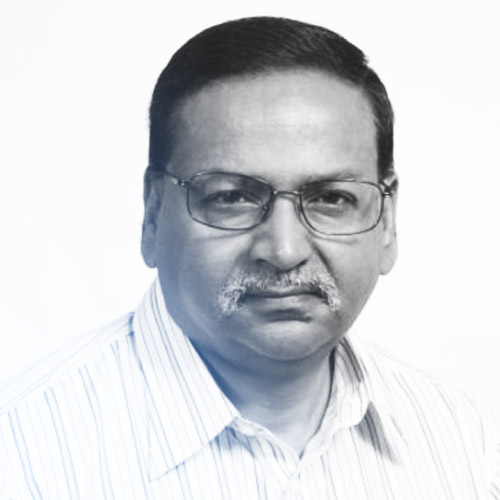 Dr. Saleemul Huq is the Director of the International Centre for Climate Change & Development (ICCCAD) and intends to support growing capacity of Bangladesh stakeholders, while enabling people and organizations from outside to benefit from training in Bangladesh. Dr. Huq is also a Senior Fellow at the International Institute for Environment & Development (IIED) in the UK, where he is involved in building negotiating capacity and supporting the engagement of the Least Developed Countries (LDCs) in UNFCCC, including negotiator training workshops for LDCs, policy, as well as research into vulnerability and adaptation to climate change in the least developed countries. Dr. Huq was a lead author of the chapter on Adaptation and Sustainable Development in the third assessment report of the Intergovernmental Panel on Climate Change (IPCC), and was one of the coordinating lead authors of ‘Inter-relationships between adaptation and mitigation’ in the IPCC’s Fourth Assessment Report (2007). Prior to this he was the founding Executive Director at the Bangladesh Centre for Advanced Studies (BCAS), a leading independent research and policy think tank in Bangladesh, where he was in charge of management and strategy of the organization. Before that he taught plant sciences both to under-graduate and post-graduates at Dhaka University. In 2000 he became an Academic Visitor at the Huxley School of Environment at Imperial College in London where he teaches a course on global environmental policies.

At COP21, we witnessed a discussion, perhaps for the first time, on the issue of capacity building that led us to rethink the role of the UNFCCC in this regard. In the aftermath of such discussion, Article 11 of the Paris Agreement was developed which reaffirmed that capacity building and climate education is essential to effectively implement climate action shifting the focus from short term to long term capacity building. Efforts to build climate capacities was reinforced with the formation of the Paris Committee for Capacity Building (PCCB) at COP22 in Marrakech, Morocco in 2016.

The Least Developed Countries (LDCs) in Paris underscored the need to strengthen their own capacity to do research and provide training at national level which requires long-term intervention. Typically LDCs have been relying on imported skills from developed countries to build their climate capacity- a job which the universities in the LDCs well poised to accomplish. Also there is already a rich knowledge base in the LDCs which can be harnessed and shared to strengthen nations capacities. Thus, under the leadership of the LDCs chair and the International Centre for Climate Change and Development (ICCCAD) with the Makerere University Center for Climate Change Research & Innovations (MUCCRI) the Least developed Countries Universities Consortium on Climate Change (LUCCC) was launched in April 2017 to set up a Consortium of 10 universities from the LDCs in Asia and Africa to build long-term climate-related capacities for the region most vulnerable to climate change.

LUCCC marks as a South-South collaboration and intends to ehance research capacity and proficiency in climate change. It also intends to extend support to the PCCB by sharing the generated knowledge and expertise on climate change adaptation. LUCCC eventually aims to capacitate all 48 LDCs to become able to adapt effectively to the adverse impacts of climate change.

Declaration of Consent – By submitting this information you agree that it can be published on the WSCC Website and integrated into the Conference Program.