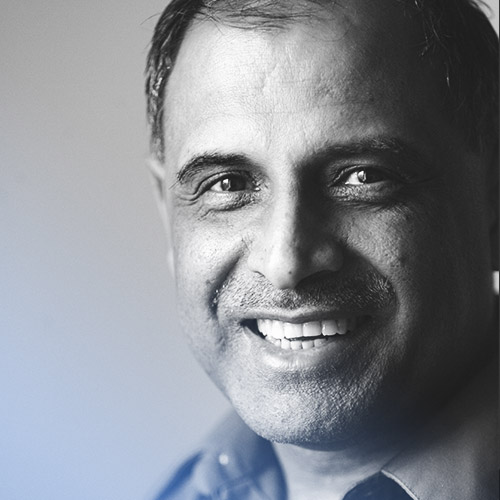 Upmanu has broad interests in hydrology, climate dynamics, water resource systems analysis, risk management and sustainability. He is motivated by challenging questions at the intersection of these fields, especially where they have relevance to societal outcomes or to the advancement of science towards innovative application. His current research covers 3 major initiatives that are developed through the Columbia Water Center. The Global Water Sustainability Initiative addresses global water scarcity and risk. The Global Flood Initiative is motivated by the need to predict and manage floods at a global scale recognizing their climate drivers, and supply chain impacts. America‘s Water is driven by the goal of developing sustainable water management and infrastructure design paradigms for the 21st century recognizing the linkages between urban functioning, food, water, energy and climate. These programmatic initiatives are backed by research on systems level modeling of hydrology, climate, agronomy and economics. He has published in journals that focus on hydrology, water resources, climate, physics, applied mathematics and statistics, development, policy and management science. He is the editor of the journal Water Security. He has been engaged in high level public and scientific discussion through the media, the World Economic Forum, and with governments, foundations, development banks, and corporations interested in sustainability. He has served on several national and international panels. He was one of the originators of the Consortium of Universities for the Advancement of Hydrologic Science, and is the past President of the Natural Hazards Focus Group of the American Geophysical Union. He is a Fellow of the American Geophysical Union and was awarded the Henry Darcy Medal by the European Geophysical Union, and the Arid Lands Hydrology Award by the American Society of Civil Engineers.

The last 100 years have seen the greatest transformation of earth systems in human history. The human population grew dramatically, as did its per capita use of many resources, including water, translating into significant gains in the standard of living in most regions of the earth. Innovations in dam construction, energy and drilling made water sources more reliable and accessible and reduced the risks from floods and droughts. Innovations in observing systems now allow us to monitor water quantity and quality and understand the state of the system better than ever before. Globally and regionally, concerns with water security are growing, and anthropogenic climate changes are a concern. However, at least in terms of water related climate hazards, in many places, it is clear that today’s population and human activity may have a very high exposure to past expressions of climate risks that represent natural decadal to century scale variability. The relatively short records used to design water infrastructure may lead to a significant under-design relative to the target level of risk mitigation. This concern is even more poignant once we consider that the space and time clustering in the occurrence of climate extremes translates into recurrent and persistent exposure for many regions and supply chains and could lead to global disruption. It is not clear how these modes of climate may change in the future, but there is an urgent need to consider information from paleoclimate as well as from future climate scenarios in designing adaptation strategies for future climate risk mitigation. Adaptation measures may include a basket of policy and technology options in any given region. Given how pervasive the effects of climate induced water risk may be on food, energy, urban, transportation and economic systems, a sequential decision process for the timed implementation of different options to climate risk mitigation is needed.