Dr. Ulrike Pokorski da Cunha is Head of Sustainable Water Policy since 2012 and Programme Director of Sanitation for Millions since 2016 at the German Development Cooperation (Deutsche Gesellschaft für Internationale Zusammenarbeit – GIZ) Before, she has served in senior advisory roles in several projects in the areas of water sector reform, private sector development, energy access, and infrastructure, worldwide. Most recently, she has been working on the water, energy and food security nexus as well as developing cross-sectoral knowledge networks among policy makers and practitioners. She joined GIZ in 2003, after working as a management consultant in Germany and Latin America. She holds a PhD in chemistry.

Keynote on "Water Resources Security: From Key to Priority"

Not only the water community is well aware that water is necessary for the survival of mankind and ecosystems and a prerequisite for economic development. According to the World Bank, in some regions growth could decline by 6% by 2050 due to water related economic losses, for instance in the thirsty agriculture and health sectors. The impacts of climate change, but also of population growth and land use change increase the pressure on water resources security.

While the crucial role of water resources security for sustainable development is obvious, development cooperation often depends on the political agenda. Development policies get realigned according to changing priorities such as conflict and refugee movements or food security. The water sector needs to find and strengthen its place for each ot these overarching priorities.

Since the early 2000s, the term of Water Security has become more and more popular. The concept has been defined in several occasions, but most definitions have in common, that Water Security describes a situation in which water is available for human needs, socio economic development and ecosystems while at the same time water related risks are reduced.

The concept is a great opportunity for strengthening the recognition of water resources as a prerequisite for any form of development. In this context, GIZ has just developed its Water Resources Security Framework, highlighting the role of water activities for overarching issues like economic development, political stability and climate resilience. The concept can help us to jointly highlight and mainstream the need for water expertise for development and make water not only crucial for achieving priorities, but a priority itself. 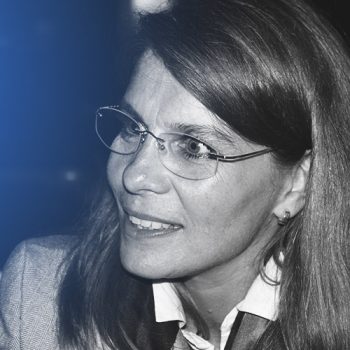