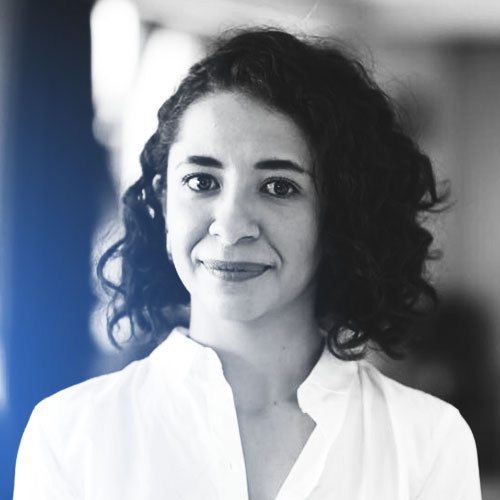 Mariana Cárdenas-González is an environmental toxicologist whose research interests are motivated by her desire to decrease environmental health disparities, particularly in less favored populations. She recently joined the Mexican Council of Science and Technology (Conacyt) and is currently working as the Director of National and International Outreach.

Mariana completed her postgraduate studies in Mexico working in several key areas of toxicology, ranging from molecular mechanistic toxicology to human health risk assessment. Then from 2014 to 2016, Mariana was a postdoctoral fellow at Harvard Medical School in Boston Massachusetts, pursuing two active projects with a broad goal of identifying and validating, sensitive and specific biomarkers for chronic kidney disease. After that, at Harvard Institute of Medicine, she was the Director Assistant of the Core Lab for the Chronic Kidney Disease Biomarkers Consortium, a laboratory supported by the National Institute of Diabetes and Digestive and Kidney Diseases (NIDDK-NIH).

As a part of community outreach, Mariana volunteered for the Hispanic Organization of Toxicologists, a special interest group of the Society of Toxicology (SOT) first as a postdoctoral representative and then as the counselor for Sisters Organizations. During her tenure, she made significant improvements to the HOT-SOT website, wrote 2 articles in the HOT-SOT newsletter, and recruited around 100 new members into the group. She is currently part of a citizens’ initiative to provide visibility and offer reliable and relevant information about drinking water quality to the general public in Mexico.

Mariana is part of the National System of Investigators or SNI since 2014.